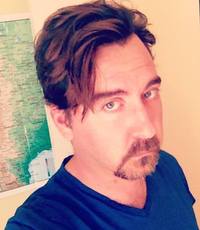 Daniel Casey has a MFA in Creative Writing-Poetry from the University of Notre Dame. He’s been an adjunct English instructor, a soccer journalist, and a literary magazine editor. He blogs occasionally and continues to freelance.

In the world of Syr Nebra, there is no such thing as magic, yet every human clings to their faith and country. Avery Roth is a wanderer scratching out a living in the hinterlands trying to avoid the religious zealots of The Cathedral and the imperial ambitions of The Seven Spires. But when a young woman and her paladin guardian literally run into him in the wild as they are fleeing bandits, he is entangled in a political web that tightens the more he struggles to free himself and others. Roth aids the duo on their way but in so doing is drawn into the duplicitous schemes of the elites from rival realms.

An Other Woman: Metaxa Cunningham on Anne Enright’s The Forgotten Waltz

You Feel Sung: Stephen Page on Gary Snyder’s Left Out in the Rain

A Territory of Welcome: Nick Courtright on Your Father on the Train of Ghosts by G. C. Waldrep and John Gallaher

Loving the Complexity of Art: Daniela Olszewska on Maggie Nelson’s The Art of Cruelty

Polished Stones: Mark Jenkins on lie down too by Lesle Lewis

Cute Things By Themselves Get Boring: Morgan Macgregor on Lynne Tillman’s Someday This Will Be Funny