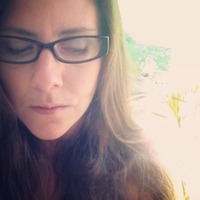 Daelynn Quinn was born and raised in southern Maryland where she spent her youth exploring and falling in love with nature in the woods behind her house. She graduated the University of Northern Colorado with a degree in dietetics, which she promptly abandoned to pursue writing. Daelynn’s writing is fast-paced and laced with current issues that concern her. Her first dystopian trilogy, Fall of Venus, focused on climate change and the biochemical industries. Her recently-released YA novel, Neverland Academy, delves into child abuse and negligence. Daelynn is excited to be commencing a new series, which will tear into the animal exploitation industries. While she is not reading or writing, Daelynn enjoys brainstorming while mowing her lawn, cooking healthy meals her kids refuse to eat, and watching old episodes of Mr. Bean with her three boys. 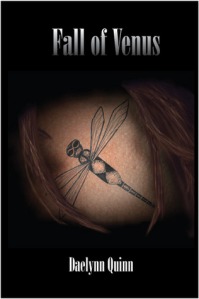 In the aftermath of a virus that has obliterated ninety-three percent of the population, Pollen McRae, a young woman plagued with a tragic past, finds herself scarred and abandoned in the wilderness, unable to remember the previous weeks. There she meets Marcus, a mysterious man with a similar plight. Together they are determined to escape a trio of bounty hunters and rescue Pollen’s niece, Evie from her imprisonment at the Crimson Survivor Refuge, a refugee camp which serves as a cover for a much more sinister plot.

Meanwhile, a renegade environmental organization is recruiting survivors for a mission that will change the course of human existence forever. 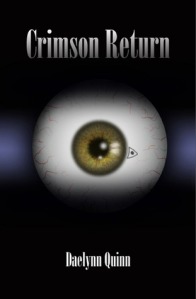 fter escaping captivity from the Crimson Survivor Refuge, where the survivors of a mysterious virus were held under the guise of protection, Pollen McRae, her niece, Evie, and Marcus Stygma live peacefully at a botanical research center, where scientists and engineers are building a shuttle to escape the dying planet and colonize its neighbor called A1D3. Pollen’s idyllic life is turned upside down when Glenn, her ex-fiance and former Crimson Enforcer, bursts into the COPS facility. She finds herself torn between her feelings for Marcus and her past with Glenn when a new development arises. There is a spy among them. Plans and components for the shuttle have been stolen and all signs point to Glenn, the newcomer. But before he can be banished Glenn reveals to Pollen that a mysterious prisoner is still being held captive in the solitary level at Crimson. Determined to rescue him, she must find a way back. But how many lives will she put at risk? Content warning: This book contains sexual scenarios and some occasional strong language.

Behind every powerful organization there lies a weakness, concealed in greed and deception. 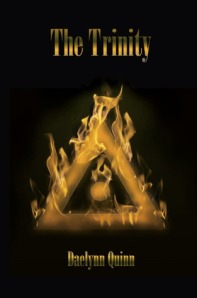 Inside every young mother there lies a ticking time bomb of indomitable strength.

When 21-year-old Pollen McRae escaped Crimson Survivor Refuge for the third time, she hoped it would be her first and last confrontation with the Trinity, the powerful trio who released the virus that destroyed her world. But now they have captured Pollen’s niece, Evie, in order to extract a portion of her DNA that could change the outcome of human existence. And they are willing to trade her . . . for Pollen and her unborn baby.

Meanwhile, the Trinity will stop at nothing to enact vengeance on the residents of Ceborec for Pollen’s escape and the theft of classified documents. Lives will be lost. Hearts will be broken. A community will be destroyed.

How far will Pollen go to keep her family safe? 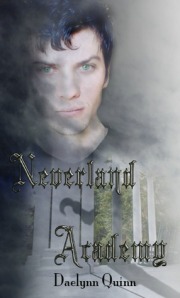 Seventeen-year-old Daphne Werring knows trouble. She’s had her fair share of it back in Atlanta, but now that her parents have moved her and her brothers to rural Georgia (more like royal Bored-ga), nothing has changed. A chance encounter with a not-so-ordinary boy leads her to run away on an adventure beyond any she’s ever known. From secret underground tunnels to tales of abuse and imprisonment at the Neverland Academy for boys, Daphne, her new friend, Finn, and his band of ‘lost’ boys embark on a quest to bring the horrific truths to light and to stop the wrongdoings before the headmaster runs them out . . . or worse.

Extended Description:
It was the worst day of Daphne’s life. Not only had her parents moved her from Atlanta to the middle of nowhere, but her boyfriend broke up with her in the middle of a crowded club and her parents grounded her for a month for sneaking out and stealing the BMW. All in one night! If she were back home in Atlanta it would be no problem. She could always find ways of getting around her punishments. But this was rural Georgia. And there was nowhere to go but woods and farmland. That is, until Finn showed up at her window.

Finn was the invincible mascot of Neverland Academy where Daphne’s brothers attended. For the five years since he’d been expelled from the all-boys boarding school, he lived in the old slave tunnels under the former antebellum plantation home. He and his band of outcast boys lived for pulling pranks on the school’s professors, and especially the headmaster, Byron Trappe, who had a personal vendetta against Finn.

Daphne grew to love life under the academy. But there was one problem. She was falling for Finn. Hard. She knew he didn’t want a relationship or anything that resembled growing up. But when the wall she built between them begins to crumble before her eyes, will she stay at the academy and face impending heartbreak? Or will she leave her heart behind and escape the dangers of criminal life, including a perilous encounter with the vengeful headmaster?

One thought on “Introducing–>>Daelynn Quinn”