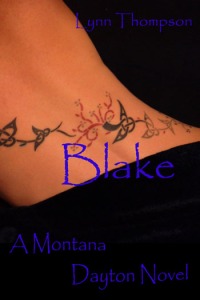 This is absurd,” I said as I searched the house yet again. I wasn’t sure if I was being too paranoid or not.

“You’re right,” Chase replied from behind me. “I need a gun for just in case.”

“Maybe we should get you a baseball bat until you do. All clear. Do you suppose I should do this every time we enter the house?”

“Probably, even though I’m pretty sure they accomplished what they intended to do.”

“But I’m not out trying to find that thing.”

“Not yet, anyway. I wish Max would show up.”

We were out walking the horses when the first snowflakes began to fall.

“What if something really bad happens to you? Max needs to be there to protect you. Do you even have a plan?” Chase mumbled.

“How are you going to take care of the problem, you don’t even know what’s out there. Do you know the territory? You could get lost!”

I shrugged my shoulders as we walked the animals back to the barn.

“Would you please tone it down Chase,” my anxiety levels shot up a few notches during his tirade.

“I’m sorry. I’m trying really hard not to freak out.”

“It’s all good. I don’t want to freak out either, and I don’t want to worry about something that hasn’t happened yet.” Although, every kind of scenario possible had been playing through my mind. Not all of them positive either.

When we arrived at Roses house I put my finger to my lips as I slowly opened the front door, gun in hand. Chase stood behind me, Killer sat waiting in his usual spot. Nothing had been disturbed, and as far as I could tell no one had set foot in her house either. I found a baseball bat in one of Roses closets and handed it to Chase as we locked up.

The snow was coming down faster by the time we clomped up my deck. After shaking off our jackets, stomping off our boots, and rechecking the house again we made ourselves comfortable in front of the fire.

The sun was setting when I finally got up to make us some grilled cheese sandwiches with tomato soup. I’d just put them on plates when my nerves became frazzled. I started shaking in fear.

“Chase, Alexis and Trina are here and they’re scared. Let them in please.”

My hands balled into fists as I worked hard on composing myself when I heard pounding on the door. Chase opened it, the girls ran in knocking him out of the way, slamming the door closed and locking it behind them. They were shaking badly. It took all I had not to shake uncontrollably with them. Chase directed them to the fire place, putting some distance between us.

“I’ll get some blankets.”

“She’s in the kitchen,” Chase handed them both a blanket, “deep breaths, in and out.”

He waited until their breathing calmed before coming into the kitchen and wrapping his arms around me. “Are you all right?”

“Yeah, I think so.” I followed his lead on exactly what he told Alexis and Trina, deep breaths, in and out. My nerves were shot. All of this was too much for me to handle.

“Grab those two cups of coffee and stay close.”

I picked up the other two cups of coffee I recently made, attempting to calm my nerves by focusing on the espresso machine. I noticed my hands were still trembling badly.

Chase grabbed the cups from me; I balled my hands back into fists at my sides. He handed Alexis and Trina their coffee and we sat on the couch, Chase sitting so close to me he might as well have sat on my lap.

Trina and Alexis were sitting on the floor eying us.

They both said at the same time.

The accusation in their eyes leapt out at me, like I betrayed Max in some way with Chase staying here. I wasn’t about to explain the situation to them.

“Tell us what happened,” Chase said, changing the subject.

An icy chill shot down my back, my body vibrated, their apprehension rose a few more notches.

“We were up at the springs exploring.” Trina said.

“It started to snow,” Alexis chimed in. “And we were looking for a better place for our tents.”

“We found a cave and decided it would be a great place to hold up until the weather passed,” Trina interjected, glancing at Alexis.

Alexis shook her head. “We’d just moved all of our stuff into the cave and started a fire when we thought we heard something move.”

“And something was watching us.” Trina stuttered.

“We picked up our flashlights and guns, thinking we would search the cave better,” Alexis shuttered. “You know, like maybe we were disturbing a bear or something.”

“We took a few steps towards the back of the cave, and there was like green skin, or something that looked like it all over the floor,” Trina shivered, scooting closer to the fireplace.

“Anyway, the next thing we knew our fire was out.” Alexis moved closer to Trina.

“And it was a good one too,” Trina frowned. “We weren’t alone and I don’t think it was an animal. We snagged our backpacks and ran as fast as our legs would go. We thought we were lost. Then we saw your lights on and booked it down here.”

“I hope you don’t mind,” Alexis said, letting out a sigh and a full body shake at the same time. “I don’t think it followed us, but it scared the hell out of us.”

Yes! I knew where it was. A shiver crawled up my back. I’d have to leave early. I would kill it then get on with my life.

I let out a long silent breath through my teeth and tried not to grin.

“I don’t mind at all. I’m just glad you didn’t get lost in this storm. Both of you are welcome to stay here. Do you want to go back up to your camp in the morning for the rest of your stuff?”

They looked at each other. “No!” They both screeched with a nervous giggle.

“We have our backpacks, nothing else is valuable,” Trina smirked.

“I have an idea,” Chase said, nudging me. “We can put them up at Roses house. She has extra beds and they’d be comfortable. Do you think she would mind?”

That would work out really well for me.

“We’ll call Bear in the morning for a tow. Is your car still up there?” Chase asked Alexis.

“Yes, it is.” Alexis replied, glancing at Trina.

“We probably will need a tow with all this snow falling,” Trina erupted in a nervous giggle. “I can’t believe we couldn’t find our car.”

All three of them turned to me.

“Sure, but please be careful not to break anything. Roses house is eccentric.”

Chase laughed. “That it is. Then it’s settled. There’s food down there, but I can whip you up something here if you’re hungry.”

“I could eat.” Trina replied.

We stood up to head into the kitchen.

Crap! Not now! My heart nearly jumped out of my chest, my face paled.

Chase turned around when he realized I wasn’t behind them and watched me walk backwards away from the living room. My arms were crossed in front of my chest, my nails dug into my sides.

I barely noticed Chase walk up to me. Max arrived, and he was furious.