Also available on amazon US, amazon UK, Barnes and Noble and Smashwords

Surrounded by the news lately? Have you seen many strange news clips on the same day? I couldn’t help but put those daily clips together into five short stories. Enjoy!
The Snake in the Cereal
Lindsey just wanted a divorce from her abusive ex, but Jason wasn’t about to give her what she wanted. Pushed over the edge she decides to take matters into her own hands. How far will Lindsey go before she gets what she wants?
The Fire in the Mountains
Martha and Carl don’t have the best relationship, but Carl does love his wife. It’s too bad Martha loves her food more than anything else in life. She loves to cook and eat so much that she ignores all of the warning signs telling her she is in danger, including Carl.
The Man with the Bugs
Jerry’s been waiting for his trail for what seems like forever now. He knows he shouldn’t be incarcerated, but the damn phone company handed his records over to the police leaving him sitting in his 6 by 8 foot cell….
Cannabis Cannibalism -vs- The West Nile Virus
It’s crunch time. The Democrats verses the Republicans. Both parties are almost ready to give their speeches to the American voters and both parties want to make it into the White House, but Mother Nature has another plan in store for them…
Bats, Cats, and Wildlife
All Zetha has is her cats, at least that’s what she would like to believe. When her kittens disappear, the events that follow turn her whole existence upside down forcing her to realize what is most important in her life.
Excerpt: From the Man with the Bugs 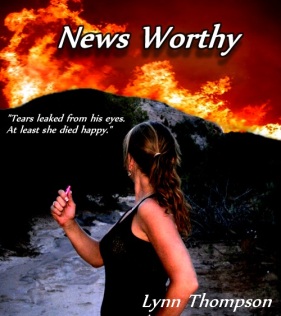 Jerry paced his 6 by 8 foot cell while scratching madly at his receding hairline. Solitary confinement was the worse, but at least here he wasn’t catching the other prisoner’s bugs. At the same time, if they’d thrown him in a regular cell he’d have outdoor privileges. He’d be able to bake and fry the stupid invaders off him with the sun. The corrections officers swore they bleached his cell and cot before slamming the door behind him. He still saw the little monsters on everything; especially on the inside of his eyelids.
Damn his cell phone provider for giving away his information to the police, though they weren’t investigating him. It was their fault he got busted. The fucking police should have had to get a warrant to go through his “daily activities” and “texts” on his cell phone. All because his number was listed on that damned tower! A person can’t make a call now-a-days without their information getting tagged and kept for investigative purposes!
“Just in case,” they said. “We have to keep a record of every number that bounced off the tower.”
“Hah, what a load of crap! I’ll sue them after I get out of this mess. It’s against my civil rights!” He seethed under his breath.